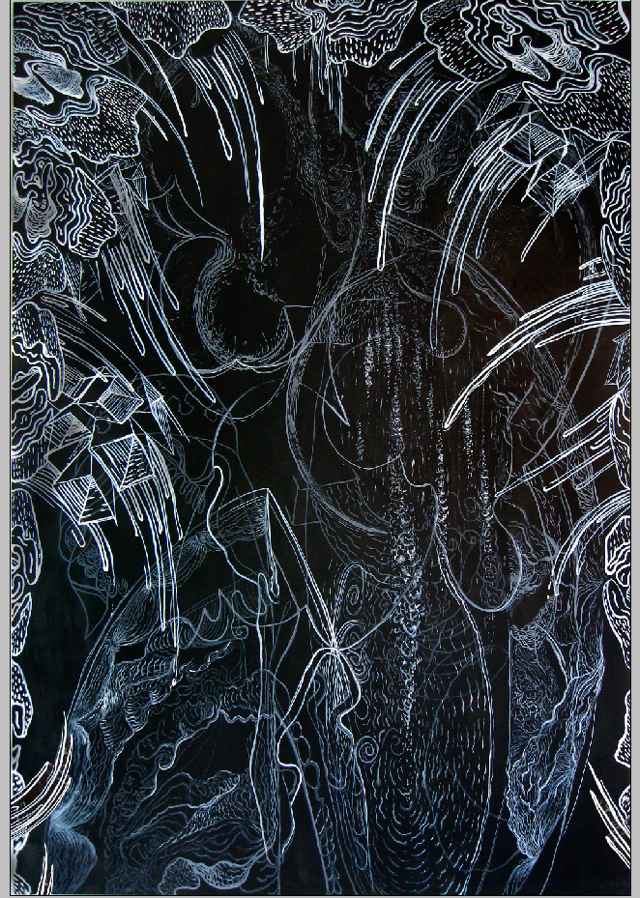 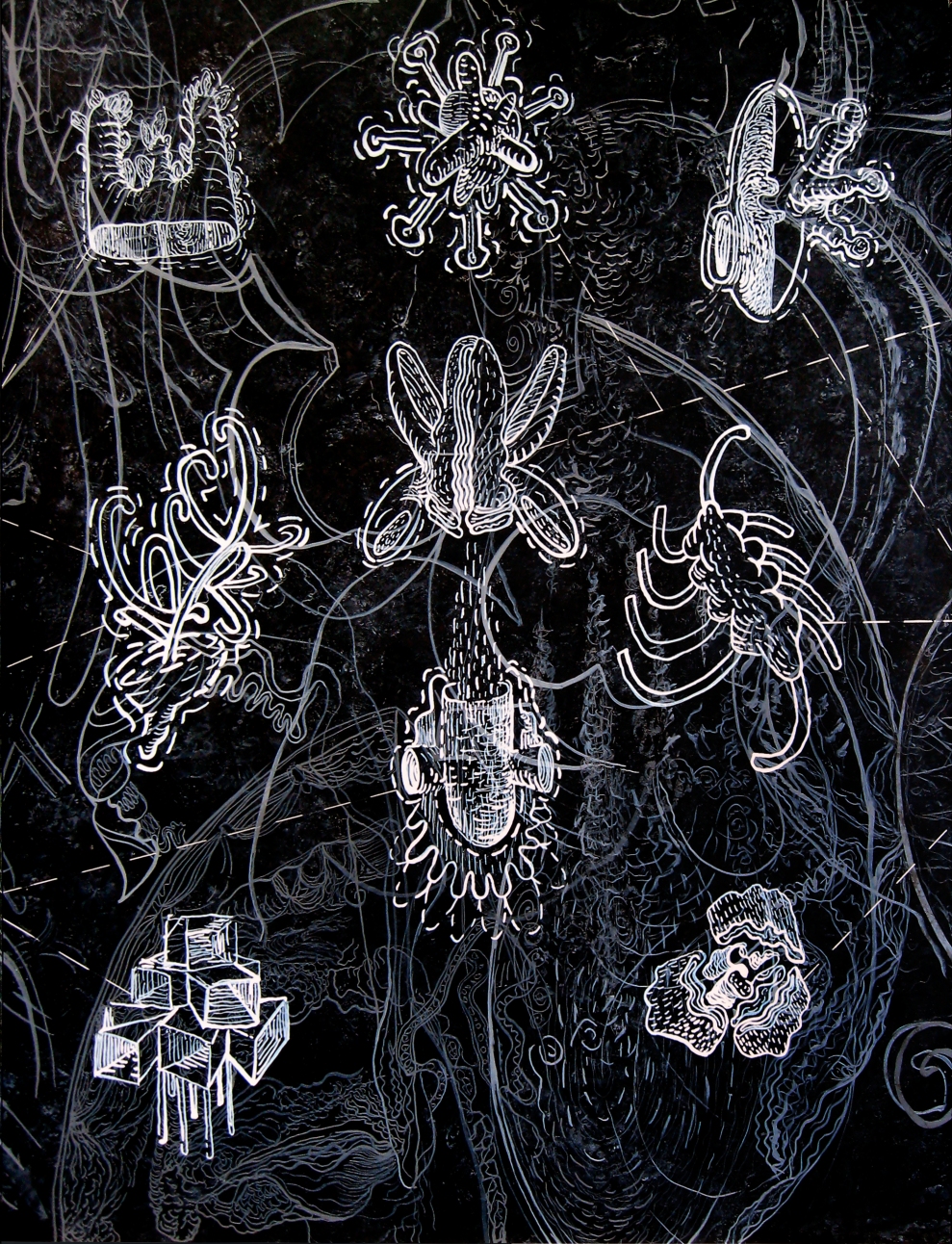 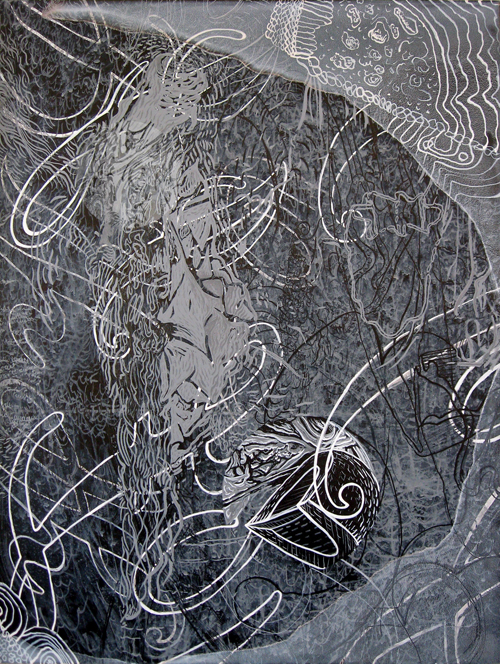 ‘Art today makes approaches towards the unknowable… artists reflect something both psychological and social off that gaze, something that may hint at the face the future will present. In this activity artist and critic are linked in an intimate collaboration. The artist makes unverifiable hypotheses or intuitive proposals about the unknown, and the critic drives out into the verbal open their networks of implications.’ Thomas McEvilley, ‘Father the void’ in ‘Tyne International: A New Necessity’, p.133.

I pursue paradox and ambivalence in order to question the diagrammatic clarity that is imposed on experience. But this seeing must always be indirect. My strategy is that of the palimpsest – from the Greek word palimpsestos meaning “scraped again”. A palimpsest is a manuscript written on parchment skin that has another text layered over it, usually at ninety degrees to the first text which is partially erased, leaving two (or more) texts of barely visible writing. Often Medieval Christian prayer Psalters were written over ancient pagan philosophy and science texts – a recycling process which creates a trace of the original, hovering like a ghost, peeking out as the main text is read. This has become a process and an analogy for forging alliances between disparate subjects. It is simultaneously familiar and foreign while creating a place where small/large, past/present, and real/dream collude.

The artworks on black ground are brooding yet playful. A floppy diagram that attempts to circumscribe the undetectable – dark matter that invites pattern seeking while simultaneously challenging it. A reoccurring theme in my work is the layering and recontextualization of  contrasts, e.g. medieval imagery, both of Eastern and Western origins, are layered on tracings of shadows and calligraphy. Also woven into this mix are images from art history, such as Leonardo’s water studies, as well as my personal renditions of an imaginary microscopic biology.

It is as though the subatomic is in concert with the largest scale of things. Inspired by fractal reiterations, I attempt to envision connections that are usually invisible. These provide currents of thought that point to important gaps – gaps that are responsible for “networks of implications”.

Palimpsest reminds us that life is filled with divergent, even opposing moments of secular/spiritual, public/private, long-term/fleeting, and macrocosmic/microcosmic. These coexist without any binding features. They are layered without our permission or control. Yet the final state is not schizophrenia, it is rather that these conflicting texts are bound together in a single volume. The bridge of analogy is built and we find that meaning cannot be erased.